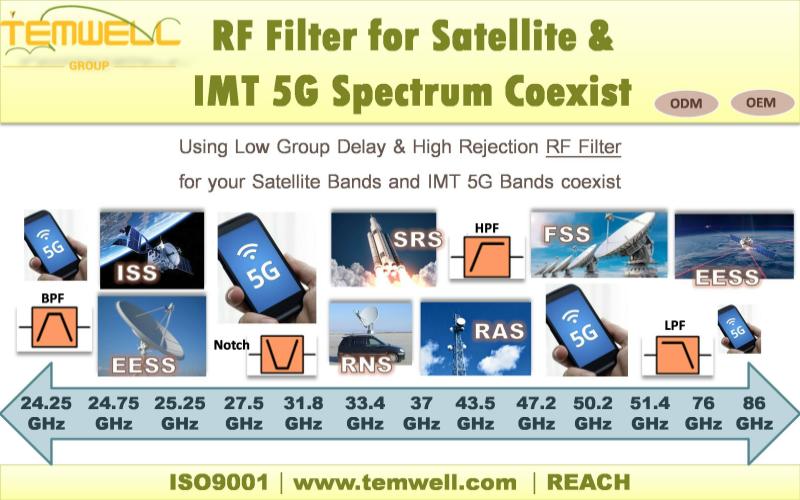 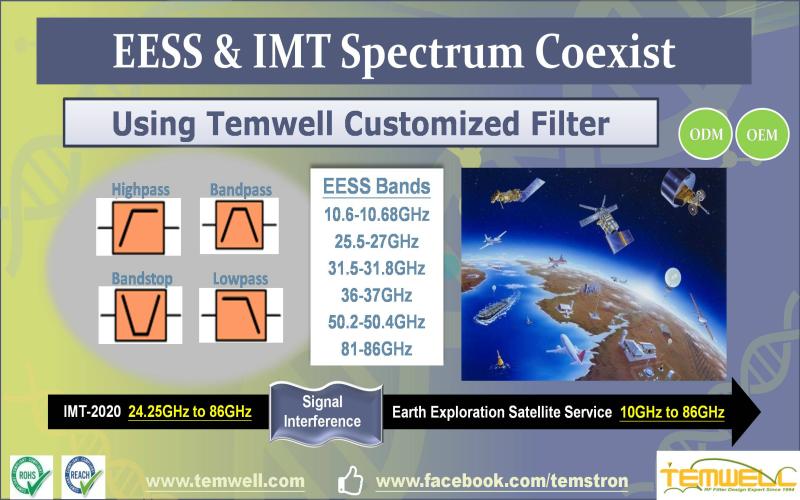 Earth exploration satellite service (EESS) is a radio system that transmits and receives radio waves through active or passive waves to observe changes in the atmosphere and conduct Earth exploration. The radio frequency bands used usually cover 10.6G-10.68G, 25.5G-27G, 31.5G-31.8G, 36G-37G, 50.2G-50.4G, and 81G-86G. This radio service is usually between multinational regions and through satellites Communication station with the ground Messages are exchanged and exchanged between each other, so there are usually not many restrictions on transmission or reception. The new-generation 5G IMT system may cover the 31.5G-31.8G and 36G-37G frequency bands used by EESS. It will be a problem of mutual influence, so it is necessary to take measures to protect the satellite signal against this range. 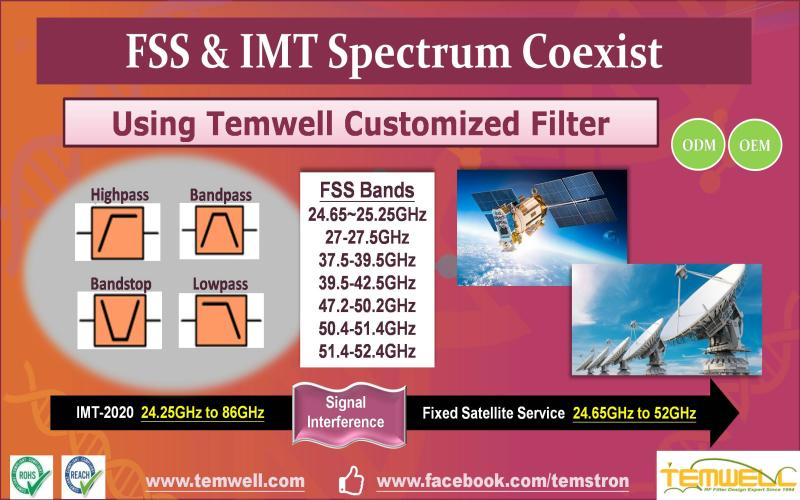 Earth-to-space (FSS) refers to the satellite network formed by Geostationary Orbit (GSO) and Non-GSO (Non-GSO) to interact with surface communication stations. The radio system for communication mainly provides low-cost and high-capacity communication services for isolated areas on the surface. Because of the Space to Earth and Earch to Space used by this satellite service Communication is mostly via LINE-OF-SIGHT radio transmission. Covered by the new generation 5G IMT system, the 37.5G-39.5G, 39.5G-42.5G, 47.2G-50.2G channels used by FSS will be affected, It must be protected in advance. 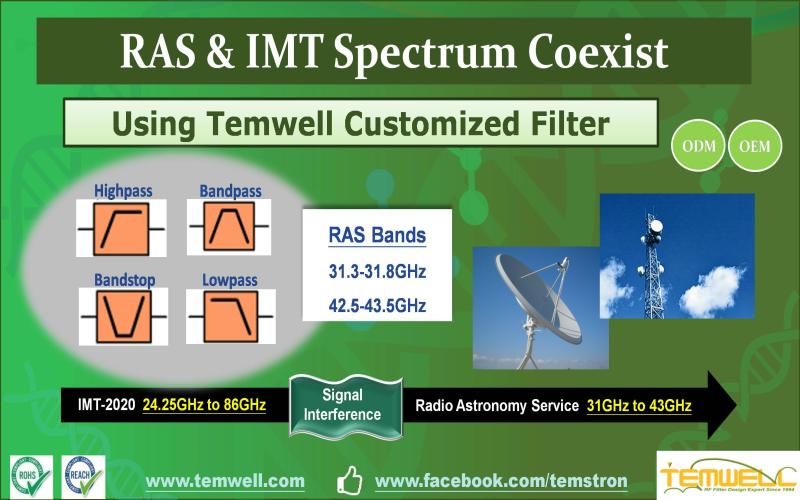 Radio Astronomy Service (RAS) is a communication system that passively receives radio waves. It is very sensitive to the interference of Adjacent Band radio waves. Therefore, from the new 5G IMT system, a strong Uuwanted Emission will be issued, which will have a considerable impact on the reception of neighboring radio astronomy systems,  so it is very necessary to isolate the Uuwanted Emission issued by the 5G IMT system to protect it, including 31.3G-31.8G and 42.5G-43.5G band. 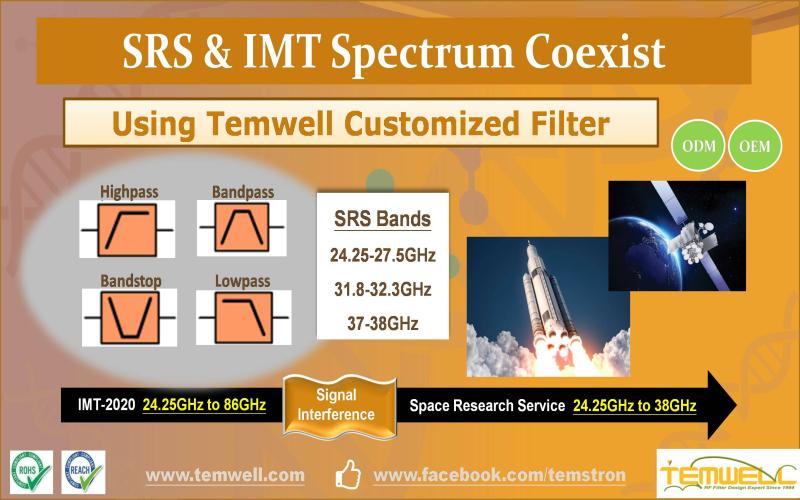 Space Research Service (SRS) is mainly used in space flight vehicles for specific scientific detection or technical testing. This service system is often given various active or passive space observation and detection tasks. The uplink and downlink communication between the space satellite and the ground communication station is also included in the use of this frequency range. The range covered by the new generation 5G IMT system may be used for SRS 24.25G-27.5G, 31.8G-32.3G, 37G-38G Frequency has an impact. It is necessary to protect these satellite signals in advance. 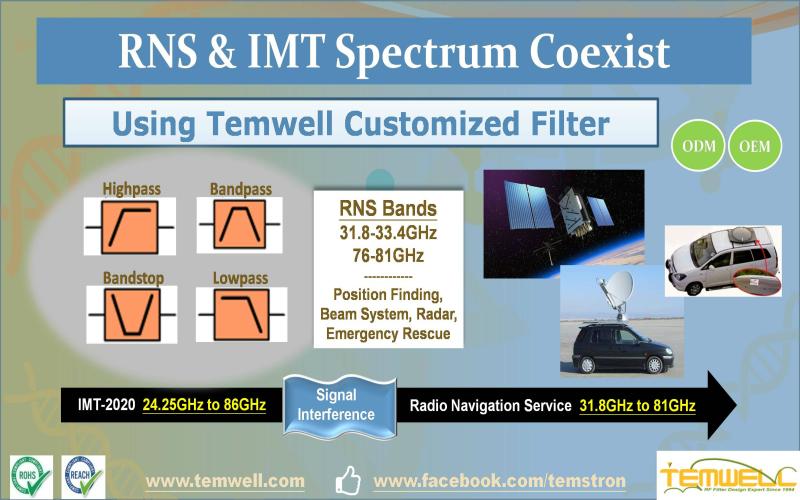 Radio Navigation Service (RNS) mainly provides navigation and positioning of flying or navigation devices, and is mostly used for emergency rescue. Therefore, the requirements for radio interference protection are very strict, and it is also common in most countries. This service system is listed as a priority radio service frequency band, including 31.8G-33.4G. Under the influence of the coverage of the new generation 5G IMT system, it is urgent to protect the normal operation of this system. 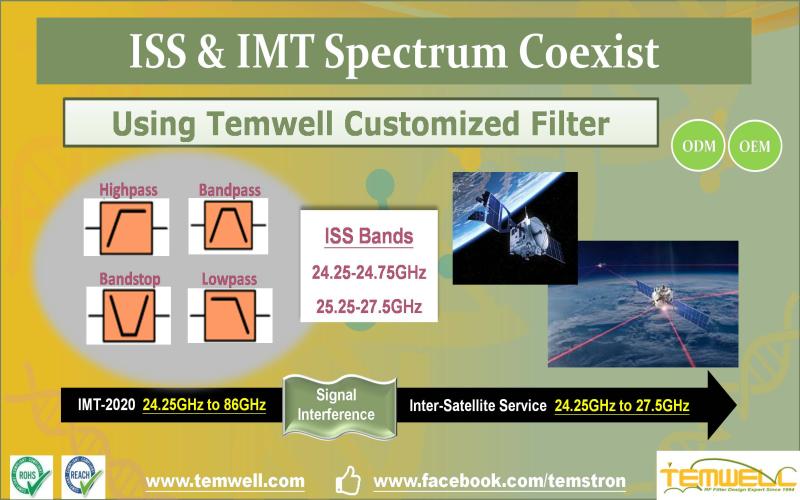 Inter-Satellite Service (ISS) refers to the transmission of radio waves that exchange information between satellites. In principle, no interference is allowed. The scope of the new generation 5G IMT system does not cover the using band of ISS, include 24.25G-24.75G and 25.25G-27.5G, but ISS often transmitted through fixed-satellite service (Earth-to-space, FSS) radio waves, so there is still interference. possibility, It is best to take precautions in advance to avoid unexpected effects.