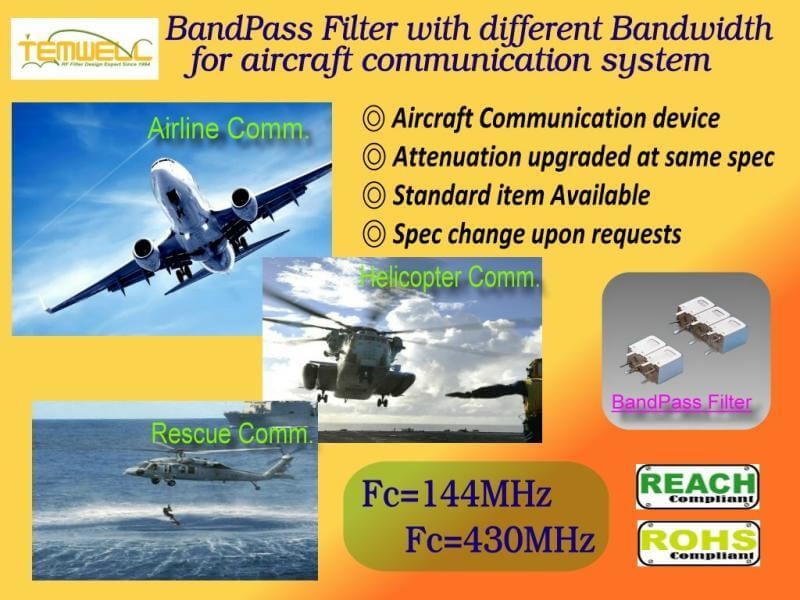 In the VHF and UHF radio spectrum allocated a group of frequencies to radio communication in civil and military aviation that also referred as Aircraft band or Airband. Frequency band assignment by FCC and FAA is from 108 to 137 MHz for civil aircraft communications; from 225 to 400 MHz for military aviations. Within the aircraft band is mostly used for navigational by radio aids and air traffic control.

In aircraft communication radio, the reception of radio signals are usually disrupted by non-RTF (Radio Telephony) frequency users where come from commercial stations on the ground, and affected by weather and atmospheric conditions. A typical situation as following:

Several airports, hundred nautical miles apart, are shared the same frequency. In the static generated by thunderstorm clouds or in high pressure, radio transmission station using the same frequency as authorized aeronautical transmitter be jamming even it is beyond the protected range, e.g. result in aircraft landing to one airport having interference from the ATC. The air traffic control center personnel on the ground perhaps not aware the landing aircraft is suffering radio interference because he may unable to hear the transmissions relating to the other airport.

To consider BPF filter design into the wiring for the audio's transponders, and GPS would be an efficient method to eliminate inside and outside interference of aircraft communications coverage. 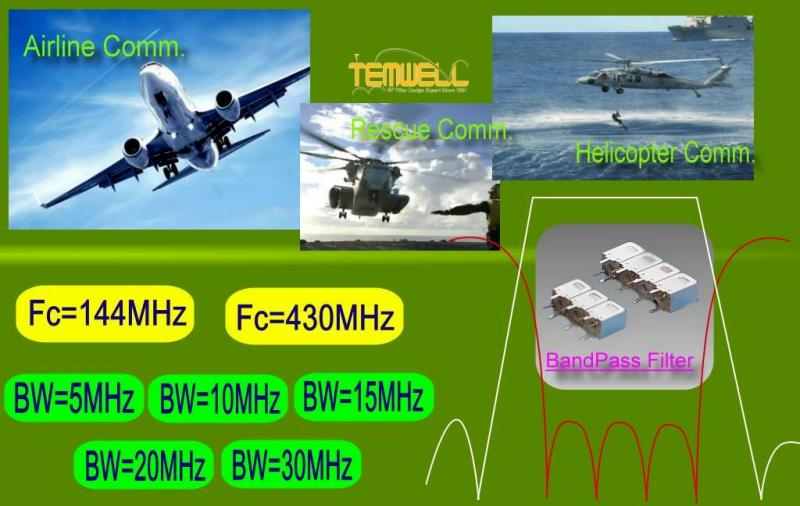 Our BPF filter quality is reliable, please refer to Shock Test Report and Vibration Test Report. Also, you can click to check Temperature Test and Other qualification certificated. Perhaps you are interested in more types of RF filter (Notch, Lowpass, Highpass), higher power filter (200 Watt above), higher frequencies filter (up to 60 GHz), or Duplexer, Isolator, Coupler, Splitter and Combiner that we can offer, please refer Product or Contact us